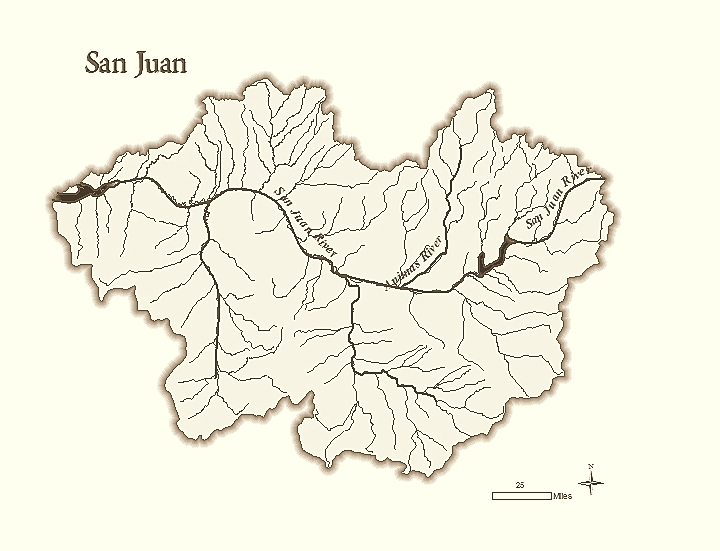 Length : The San Juan River is a tributary to the Colorado River. Its source is on the Continental Divide in southern Colorado. It flows approximately 350 miles west to its confluence with Lake Powell.

Largest cities/towns in the basin:

Elevation: Ranges from greater than 14,000 ft. in the San Juan Range and headwaters of Animas and Los Pinos Rivers to 4,500 ft. as Mancos River exits the state of Colorado, east of the Four Corners and  ~ 3,700 ft at the confluence with Lake Powell. 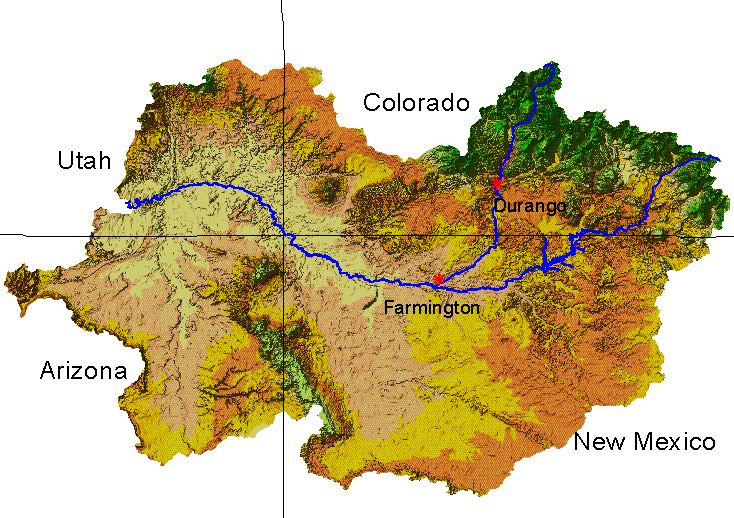 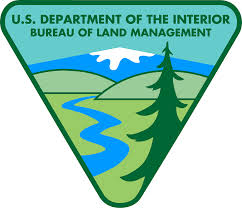 Error: Error validating access token: The session has been invalidated because the user changed their password or Facebook has changed the session for security reasons.
Type: OAuthException
Code: 190
Subcode: 460
Please refer to our Error Message Reference.
×